Practical implications of the SingTel case 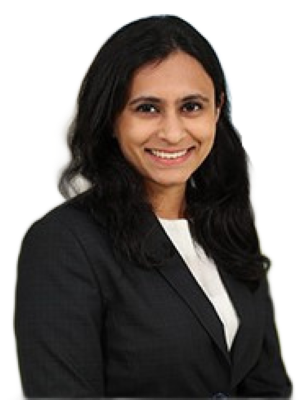 On 17 December 2021, the Federal Court handed down the decision in the case of Singapore Telecom Australia Investments Pty Ltd v Commissioner of Taxation[1] in favour of the Commissioner of Taxation (Commissioner). The decision relates to transfer pricing issues arising from cross border intercompany financing arrangements. We have provided a summary of the case and the important principles that our tax consultants recommend taxpayers take into consideration while entering into such arrangements.

The case relates to events in 2001 when SingTel Group acquired the telecommunications business of Optus in Australia. Initial loan terms: The Loan Notes were denominated in AUD with a tenor of approximately ten years and interest rate of one-year BBSW plus one percent. Interest was to be “grossed up” by STAI to the extent of withholding tax that was due. The Loan Note also allowed STAI to defer and capitalise interest.

Amendment 1: On 31 December 2002, the maximum maturity date was reduced by one day.

Amendment 2: On 31 March 2003, changes were made with retrospective effect to the interest rate and when interest accrued for payment. Interest accrual was contingent to Optus meeting certain financial benchmarks to support its cash flow. A premium of approximately 4.5 percent was payable from the time these benchmarks were expected to be met.

Consequent to these amendments, the applicable interest rate on the Loan Note was approximately 13.2 percent (6.8 percent plus one percent plus 4.5 percent premium “grossed up”), with total deduction claimed of $4.9 billion. The Commissioner denied interest deductions of approximately $895 million in the 2010 to 2013 years.

While it is yet to be confirmed if SingTel will appeal this decision, the Federal Court has highlighted some key principles that need to be considered by taxpayers from a transfer pricing perspective.

Amendments to agreements and contemporaneous evidence

The Federal Court ruled that independent parties would not have entered into Amendments 2 and 3 as they lacked commercial rationale. The Federal Court found that independent parties might be expected to agree to the original loan notes’ terms in 2002 with an interest rate of one-year BBSW plus one percent with interest deferral and capitalisation and withholding tax gross-up, and continued these terms through the tenor of the loan notes.

While amending related party arrangements, taxpayers would need to ensure that these amendments are not only arm’s length in nature, but that there is commercial rationale to enter into such amendments. It is necessary that contemporaneous evidence is maintained to support the fact that independent companies would have entered into similar amendments in similar circumstances.

It is important to note that commerciality is necessary not only at the time of amendments, but also when arrangements are originally put in place. The outcome should ultimately make business sense as independent entities would ultimately seek to protect their economic interest, and there could be a situation where independent entities may not have entered into such arrangements / amendments having considered the options realistically available to them. Evidence collated contemporaneously when such arrangements / amendments are entered into will assist greatly in supporting the commercial rationale and overall outcome.

Importantly, these principles of commercial rationale and contemporaneous evidence do not just apply to financial assistance transactions, but are relevant to any related party dealing, from the provision of services and goods to intangible property use.

In the case of SingTel, there was no need of parental guarantee and both companies were part of the same multinational group. However, the Federal Court ruled that the loan would be subject to a parental guarantee if independent entities were to enter into such an arrangement. This was based on several factors including the size of the loan, expectation of independent lenders and the fact that SingTel has previously provided a guarantee over third party borrowings of another related Australian entity. The Federal Court noted that it was commercially rational to provide a parental guarantee as the overall borrowing cost would have reduced for the group (since the parent company had a higher credit rating and could borrow at a lower cost than the subsidiary).

While the Federal Court ruled that a parent guarantee ought to be considered as one of the options realistically available, it did not allow for any deduction for a guarantee fee payable by STAI to SingTel. This was because the evidence provided by STAI’s expert was found to be general with speculative quantification of guarantee fee. There was also no evidence of SingTel charging subsidiaries any guarantee fee.

The Federal Court decision is based on Subdivision 815-A of the Income Tax Assessment Act 1997 (ITAA 1997). Subdivision 815-B of the ITAA 1997 applied to income years commencing on or after 29 June 2013. While the decision may not relate to the law currently applicable, it will play an important role in how transfer pricing regulations are interpreted by courts, with obvious similarities to how other anti-avoidance provisions in the Australian tax law are interpretated by the courts (e.g. the general anti-avoidance rules (GAAR or Part IVA) in the ITAA 1997). The decision reiterates that transfer pricing does not work in isolation and it is important that various stakeholders of the business work together to help ensure the related party arrangement is consistent to arrangements between independent entities.

If you require assistance with this or advice relating to related party financing arrangements, please contact your adviser or get in touch with our tax consultants.