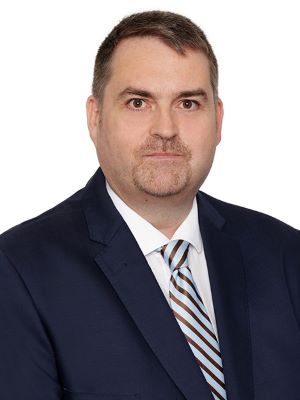 On 23 February 2022, the Australian Tax Office (ATO) released a draft ruling (TR 2022/D1) and accompanying guidance (PCG 2022/D1) on how it intends to tax distributions by trusts where they perceive a tax benefit arises under a ‘reimbursement arrangement’, generally referred to as Section 100A.

The risk with applying Section 100A is that the income distribution to the beneficiary is ignored, and the trustee is taxed instead at the top marginal rate of 47 percent. Furthermore, as there is no time limit for the ATO to apply this section, it means the trustee is forever at risk of the ATO applying the law retrospectively.

If the ATO’s draft view becomes the new approach, it will dramatically impact not only who the trust distributes to, but just as importantly, how the trust pays the distribution.

Section 100A of the tax law has existed since 1979 but has not been applied broadly by the ATO because it essentially requires three things. Those are for:

The ATO did not typically apply Section 100A to family trusts due to an exclusion for ‘ordinary family and commercial dealings’. The previous guidance issued by the ATO in 2014 did little to resolve the meaning of this exclusion.

The draft guidance provides examples to assist with understanding the new ATO interpretation and notes that a dealing involving family members does not automatically mean it is an ‘ordinary family dealing’. In this respect, according to the ATO, a dependent child gifting a trust distribution to their parents (when the parents could have received it anyway) would not be excluded from the operation of Section 100A, even though it arguably has become common place to do so from a historical tax planning perspective. Conversely, gifting trust distributions to cover a family member’s medical expenses could be excluded as an ordinary family dealing from the operation of Section 100A.

Proposed changes to Section 100A

Based on this new ATO draft guidance it is noted that arrangements entered into before 1 July 2014 should not be targeted for ATO review, unless it forms part of a broader ATO investigation into historical tax issues of the trust. Circumstances where there should be no issues (and reflect current practice) include:

The ATO has indicated these provisions may still apply where distributions made to corporate beneficiaries are converted into loans which comply with the ATO private company guidelines (Division 7A). In this respect, the ATO indicates there should be no risk if the trustee makes loans to associates which are on the same terms as the loan the trust has with the corporate beneficiary. But there is a risk that either interest-free loans by the trust or use of trust assets for less than market value, by an associate may be caught.

Examples of arrangements that could trigger these provisions include:

The ATO has indicated these new guidelines can apply from 1 July 2014. The exception is for any arrangements entered into prior to 1 July 2022, which otherwise comply with their 2014 guidelines and gives a more favourable outcome to the trust.

While the ATO’s view is only draft and therefore subject to change, it would be prudent for trustees to proceed on the basis this is unlikely to change. In this respect, it is probable that these drafts will be finalised before 30 June 2022.

The draft ATO interpretation proposes risks to trustees for 2022 distributions that do not comply with their interpretation. Therefore, trustees that have previously made distributions to adult children where there has been no effective payment to them, could represent a significant risk going forward, as specified by the ATO in Taxpayer Alert TA 2022/1.

However, there is also the uncertainty that other arrangements may now be caught. For instance, interest-free loans to associates where trusts have loans owing to corporate beneficiaries, must now also be considered.

Consequently, the manner in which trustees determine who to distribute their income to and how they distribute it, for the year ending 30 June 2022, will need to carefully consider the implications of these announcements in deciding how to distribute.

As part of their year-end tax planning and preparation of the 2022 trust distributions, we recommend trustees speak to their adviser or get in touch with the Findex Tax Advisory team to discuss these implications

After 14 years of service, Mark was appointed principal in 2013. Mark provides practical advice that clients can use to improve their businesses. His strength lies in analysing issues to develop practical solutions for client’s structures, which - from conception to completion - the client can implement without unexpected consequences.