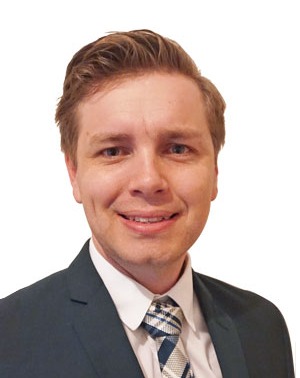 One-in-five Australian city residents have recently reported they are looking to move to the regions[1]. With more than half of these city residents wanting to make the jump within the next 12 months, it only makes sense for businesses around the country to be shifting to more dynamic working models.

Throw the recent pandemic into the mix - where many businesses around the globe were forced to allow their staff to work from home for extended periods of time - and it’s a no brainer that even post-COVID-19, both businesses and their staff will want to rebalance their work and home lives, with a decreased importance on geographical location given that most work can now be completed digitally.

As more and more Australians are beginning to embrace the freedom of being able to work around their lifestyles and in locations that suit them best, Findex sees this as an opportunity to expand its footprint, and contribution to the places where its talent goes.

For Todd Parrish, Accounting and Business Advisory Associate Partner at Findex, the opportunity to take the plunge and relocate to Goondiwindi from the hustle and bustle of the city of Brisbane came in July of 2019. With the desire to push and challenge himself in his career, Todd was met with greater opportunities for progression in the rural office of Goondiwindi. Despite the initial hesitation to leave behind everything he and his family knew – namely their friends and lifestyle, Todd reflects that soon enough, he and his wife came to the conclusion that from a family perspective, the lifestyle and opportunities for their children in Goondiwindi were especially appealing.

Todd says, “We wanted to make the move as a family to have a change from the busy city life and embrace the relaxed lifestyle of Goondiwindi. We thought that Goondiwindi presented a perfect opportunity for us and being only four hours from the coast we didn't feel too isolated, that we could duck off to the coast for a weekend if needed.”

Fast forward six months and Todd and his family had packed up their house in Brisbane and put it on the market to be rented out. With assistance from the local agents in Goondiwindi, the Parrish family settled into their new home in what Todd describes as a, “great, family friendly street,” enrolling their daughters Lydia, 7 and Keira, 5 into St Mary’s for 2020. While Todd found that housing prices in Goondiwindi were on par with Brisbane, from a financial perspective he feels the savings from public transport, fuel and the regular take away lunches from working in the city have made it worthwhile.

From a lifestyle point of view, Todd reflects on how making the move had positive effects on his children, and how it has afforded him and his family more time to spend together.

“Our kids quickly made friends with the kids on the street and at any one time we could have up to eight kids over at our house or they are all out riding their bikes in the street most afternoons. The community has really embraced us and welcomed us. Our oldest daughter suffered from separation anxiety and every day was a struggle to get her to school. On her very first day at St Mary’s, a little girl ran up to her with a friend and asked her to play with them and ever since then we haven’t had any struggles at all. The kids have been so friendly. We have also been able to spend more time together as a family which was important for us.”

In anticipation for the move, Todd and his wife Austin made the commitment to get involved in the new community to get to know the locals and establish new connections for themselves and their family. Given Todd and Austin’s passion for basketball, they set out to create a basketball program for children in Goondiwindi.

After just one month, Todd and Austin had arranged with the Police Citizens Youth Club (PCYC) to host a seven-week basketball clinic to gauge interest in the sport within the community, commencing at the beginning of March. Todd and Austin headed out to local schools handing out flyers to spread the word and much to their surprise, more than 40 children aged between five and twelve initially signed up.

With a slight intermission because of COVID-19, their second basketball clinic commenced after July 2020 and was met with almost double the amount of sign ups than the initial round. Todd says, “Before we knew it, there was a buzz around town about basketball!

“We were lucky enough to be able to organise a Basketball Queensland representative to come out and run a session with some of the older kids. We were also able to reach out to our contacts at the Brisbane basketball clubs, Northside Wizards, Hoopstars and the Spartans who all donated equipment and uniforms for the kids to use.”

In Term 4, Todd and Austin decided to arrange a basketball competition. With close to 100 children signing up, this year their numbers have grown again to 120!

Over the moon and grateful for the community spirit Todd has found in Goondiwindi, looking back over the past year, he describes his relocation from city to country as, “the best move we could have done.”

If you’re ready to love where you work, clickhereto explore our regional vacancies.

Todd works with a diverse client base, primarily made up of small to medium sized private and family owned businesses to identify opportunities for growth, cash flow and profit improvement. Todd further assists his clients by providing strategic advice across all stages of the business life cycle.