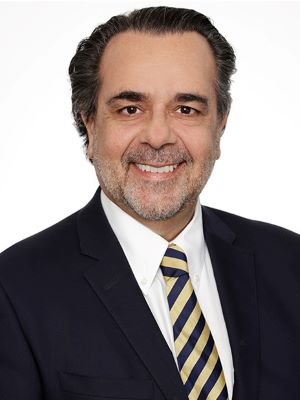 With the Government announcing $74 billion from this year’s Federal Budget to be invested in the JobMaker plan, it’s evident they are serious about backing up their “all about jobs” slogan.

The JobMaker plan is intertwined with the Federal Government’s infrastructure investment to achieve the stimulus and job-creation outcomes our economy requires.

The Government’s priority is to secure a strong and sustained economic recovery to drive the unemployment rate down as fast as possible. The JobMaker Plan adds additional infrastructure spending to an existing $100 billion ten-year spending program. It touches on many regions and sectors of the economy and is a major initiative designed to support aggregate demand and take our economy in a post pandemic direction that recognises some of the shifting geo-political issues we face as a nation.

Since the start of the COVID-19 pandemic, the Government has committed to invest an additional $14 billion in new and accelerated infrastructure projects over the next four years.

These projects will support a further 40,000 jobs during their construction and form part of the Government’s ten-year transport infrastructure investment pipeline, which has been expanded to $110 billion and is already supporting 100,000 jobs on worksites across the country.

Every State and Territory is a winner in this infrastructure spending lottery, with a new road upgrade, bridge improvement, or rail extension coming to a location near you. These include:

The Government is also investing $1.9 billion in new energy technologies which will reduce emissions and help ensure all Australians have access to reliable and affordable energy. Not only should this mean lower energy prices for families, it will help strengthen our industries, allowing them to grow and create more jobs.

Additionally, there is a $250.7 million fuel security plan to help increase the resilience of the Australian economy to international fuel supply shocks and help secure jobs in fuel-centric industries.

There are also quietly buried equity funding boosts to Inland Rail, and Naval Infrastructure, to get these important nation-building logistics and national security infrastructure initiatives advanced without interfering in commercially sensitive contractual or security issues.

For more information on JobMaker or any of the Infrastructure spending announcements from the Federal Budget 2020/21, talk to your adviser or contact the Findex Corporate Finance team.

Ross joined the business over 30 years ago as a graduate accountant. Rather than follow a linear career path in one discipline, he chose to diversify and work across several divisions to broaden his knowledge of each part of the business. Ross brings a strong commercial and strategic focus to complex transactions, drawing on years of experience act...