The big impact of the small increase to super contribution caps 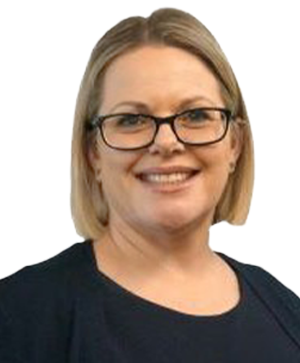 People from all walks of life took a knock during the COVID-19 pandemic. Confidence was shaken, hasty decisions were made, and a growing number of Australians found themselves unable to contribute as much as they wanted to their superannuation.

In July, the superannuation concessional cap increased from $25,000 to $27,500 per year. While this is largely an irrelevant policy change for many, certain pockets of the population should celebrate and take action to enjoy this opportunity to recharge their super.

This includes those who are back in employment after losing jobs and work due to COVID-19, farming communities who have sustained years of drought but are now cash-rich following a good harvest, and women who are re-entering the workforce following caring responsibilities.

Thanks to a pick-up in income, these three groups are amongst the best positioned to take advantage of the lift in the contribution cap. Provided they don’t go over the new cap, they will have a bigger deduction, bigger tax saving and will give themselves the chance to benefit from years of compound interest that will help them in retirement.

Catching up missed super contributions is one of the most profound ways Australians can build wealth and prepare for a sustainable and enjoyable retirement that doesn’t rely on government support. It’s a message we drum into our clients over and over again: if you don’t need the money now, maybe let your future self enjoy it.

Those who lost jobs during the pandemic not only lost income for themselves and their families, but they also lost the regular superannuation contributions their employer is mandated to make.

Many Australians in this position took advantage of the government’s offer to draw down on their superannuation balance, alleviating some of the immediate pressure, but cracking into their future nest egg.

July’s lift in contribution cap is an opportunity for those people who have again secured regular work to fill in that ‘crack’ and give themselves the benefit of decades of compound interest.

Australia’s economic strength is underpinned by a steady pickup in consumer spending. People are drawing down on their savings and pushing that money out into the local economy.

From a macro perspective, this is terrific. Local businesses stay open and people stay in jobs. But on an individual level there’s an opportunity to redirect some of that money into your retirement fund and give yourself a stronger buffer when you look to retire. It’s often difficult to look that far down the road, but it’s worth it.

Many farmers and agricultural workers, who have lived on razor-thin margins for over a decade, have often refrained from paying themselves superannuation. As the drought gripped communities and stripped farms of their harvests, any capital was often ploughed straight back into keeping the properties alive.

But the recent flush of cash from good harvests means farmers have seen a dramatic turnaround in agricultural economics. Previously cash-strapped families can now breathe a little easier.

But with these changes, there is a real opportunity to plug the superannuation gap that many rural workers have. It may sound trite, but the lift in superannuation cap means people can make hay while the sun shines.

And lastly, women who have taken time to start families are already at a significant economic disadvantage in our communities. Not only do they often lose income, but they often lose their superannuation contributions, while increasing their amount of unpaid domestic labour.

There are programs allowing spouses to contribute to primary-carer superannuation balances, but the uncertainty that struck during the pandemic means single-income families may not have been able to top up the primary caregiver’s super fund. Because it’s not visible in the everyday part of home budgeting, it’s often a forgotten element.

Women who have re-entered the workforce are likely already juggling childcare costs, assimilating back into the workplace, and are developing a new routine and habits by which to run their lives.

In this period of great shake-up, there is an incredible opportunity for women to develop a superannuation top-up routine that steadily plugs the gap left from having children.

So, while July’s cap increase from $25,000 per year to $27,500 might not seem like much, for some pockets of Australians, taking advantage of this will mean greater peace of mind later in life.

If you’d like to discuss how to maximise your superannuation for retirement, talk to your adviser or get in touch with the SMSF team.

This article was originally published onsavings.com.au.

Bel is an Associate Partner within the National SMSF team based in the Dubbo office and has been with Findex for over 19 years. She has a wealth of experience having also worked in Business Services and Financial Planning teams over the years. Belinda proudly services clients across the Central West and in capital cities, including Sydney. She has a Bachelor of Accounting, a Diploma in Superannuation Management and is a licensed SMSF Adviser. Belinda is passionate about seeing her clients reach their financial and personal goals in retirement and works closely with her clients to achieve their aspirations.